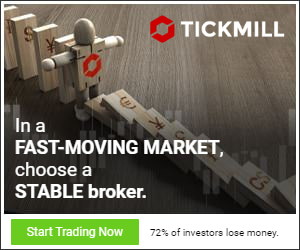 Over trading is the need to be involved in the market all the time believing that you can be right the next time to execute a trade. But most of the time it appears to be a loss, and the more you trade in such a state often results to huge losses than planned.

Since most traders never know  they are over trading when it’s too late, emotions can drive human actions way too far without prior notice.

I have seen many traders adding additional trades just because the current trade is running in profits. This very bad in terms of over trading. You may just find yourself using maximum leverage only to find a pair has reversed.

So, this short lesson today is dedicated to help you stop over trading by asking yourself this three-simple question before taking any trade.

Right Before you Press the BUY OR SELL Button, Ask Yourself.

You will find out that most of the time you take trades just because you want to get capital. And most of the trades are not necessary at all. This usually happens with people with capital less than $1000 and they are desperate to get that amount. But by asking yourself this trade you will find out there is no reason to take the trade. Hence No trade will be taken.

If ten trades was only your limit to profitability and you had to take the best trades only, I think most people would filter trading opportunities insanely. None of them would love to waste a golden chance. But since you can take millions of trade in a year most people tend to ignore and say for themselves “ I will make it on the next trade if I am wrong” This is a very poor habit and if cultivated may result to trading every minute as long as there is capital to risk.

Always try to filter trades and limit yourself to take only high probability trades. Automatically you find out that the number of trades your taking has drastically dropped.

If each trader would follow their plans effectively, then most traders would have been successful. But there is a saying that says, “rules are there to be broken” It’s the most broken rule in trading. Every new trader breaks this rule and it’s the most important to follow.

You should ask yourself this question every time before you take the trade. It will help you crosscheck   every rule of engagement. That’s when you will be able to ditch a setup and move on to find the next high probability trade.

Practicality is more important. The quality of your trades will come from the quality of questions you ask yourself.

A perfectionist mind will never complement an imperfect market.

Don’t Know what broker to trust? Trade with the same broker that has been holding my back ever since Here

Connect with me on Piptwitz.com @ray_heriel, I share some tips and active trading there as well.

Is Forex Trading Easy or Difficult?

How To Trade Like The Banks. They control 92% of the volume.

Zero Skills Zero Capital, How can Pips Pay My Bills?

How Much Money Should You Keep In Your Bank Account?