US Dollar Forecast: US Dollar Outlook Hinges on the Severity of Coming Market Turmoil.The US Dollar has been of two minds about its response to brutal market turmoil. The severity of further bloodletting will be decisive from here.

The Japanese Yen rose amidst aggressive risk aversion last week which, fueled by white house developments. Next one could be a wildcard depending on the responses and US PCE.

The Australian Dollar is sensitive to the global growth cycle so a backdrop of trade-war worries and a lack of domestic numbers probably don’t make for a strong week.

Crude Oil Forecast: Oil Bulls Back in a Big Way as Prices Thrust Towards Three-Year Highs

Oil prices put in a strong week of performance as a plethora of factors helped to push prices higher.

Equities Forecast: The Scene is Likely to Get Uglier for Global Equity Markets

Last week saw aggressive selling in global equities, conditions look headed to get worse in the week ahead.

Gold prices broke through the March highs this week amid concerns of a looming global trade war. Here are the updated targets & invalidation levels that matter from here. 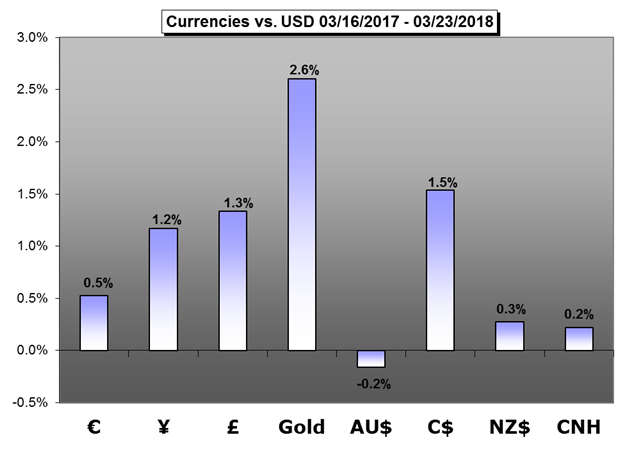